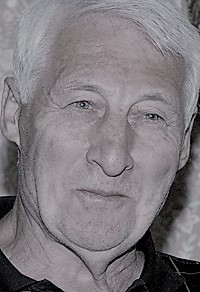 Kuptsov Valery was born on January 10, 1935, in the city of Khabarovsk (Russia). During the war, he was evacuated with his family to Omsk, where he stayed until he moved to Mykolaiv (Nikolaev). In 1966 he graduated from the Omsk Pedagogical Institute of M. Gorky.

Since 1967 he has participated in republican and regional art exhibitions (Omsk, Krasnoyarsk, Moscow, Tyumen). 1971 Kuptsov was invited to Mykolaiv, where he was appointed to the position of the head artist of the city. He took part in the monumental design of the city, and especially in the creation of a children's town "Fairy Tale", where he made stained glass windows "Ancient Cities" and a mosaic panel "Fairy Tales". He developed a sketch of a decorative panel "Sport", a sketch of the interiors of the "Omsk" hotel, a project of a memorial in the village of Zhovtnevoe in the Mykolaiv region, and a design project for a bus station in Mykolaiv.

Valery Kuptsov is active in painting, monumental design, and graphics. He is a member of the Union of the Artists of Ukraine since 1971. Lives and works in the city of Mykolaiv.